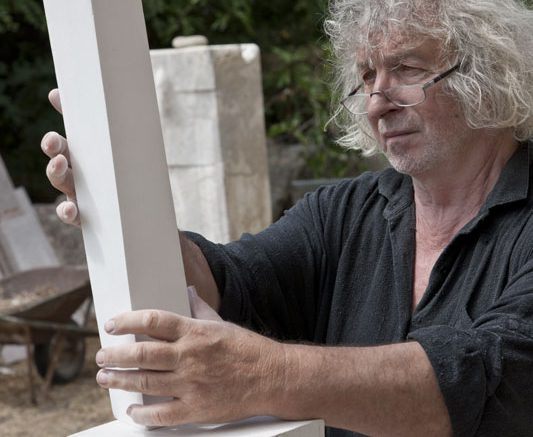 Born in 1944, artist Jean-Paul Philippe is a stone sculptor whose preferred themes are doors, mazes, columns and labyrinths. His creations gradually unfold from the intimacy of the studio to the public space, from drawings to sculptures, whether found in an urban centre or a natural environment.

His emblematic creation, “Site Transitoire,” has been part of the magnificent hills of Asciano since 1993, facing the city of Siena. He creates a dialogue between elements of grey basalt and nature, composing a monumental work where the stone becomes part of its surroundings in harmony with the cosmos.

Jean-Paul PHILIPPE was born in 1944 in Alfortville, France.

His complete bibliography is available at this site: